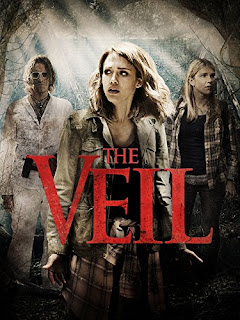 Oooohhhhh shit!  I fucking love cults!  Between this NXIVM stuff that's all coming out, a documentary series on the Rajneesh group from 80's Oregon, and meeting someone currently in a legit cult, I've been getting my fill recently.  Now throw a bunch of supernatural shit in it and I'm all on board.  I don't want to join your cult, I just want to watch the craziness.

Think of the Jim Jones cult, then cut that down in size and put them in the south of rural America.  After this group appears to have all committed suicide, the only remainder is a small girl, Sarah.  Fast forward to her adulthood and an indie documentarian wants to take Sarah back to the land where the cult was and film.  The thing that the crew doesn't know is that more than Sarah have a connection to the events that happened there, and the cult killed themselves because they knew they would come back.

I'm legitimately all in with this film.  The setting is creepy, there are strange unexplained things happening all around them, and throughout the whole film you just keep getting handed more and more pieces to the puzzle.  Then, once it's complete, you're treated to one of those "holy fuck!" moments.  It's worth it, 100% worth it.

I give The Veil 5 cult members out of 5: